Californian guide to top 6 places on the East Coast 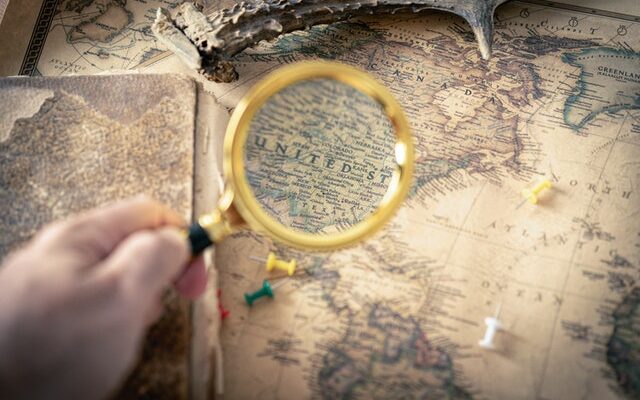 Californian guide to top 6 places on the East Coast

It seems like big Californian cities are full. This drives the price of real estate to enormous heights, and many Californians are considering moving to the other side of the country. Simply put, Californians are searching for alternatives. In this Californian guide, we are going to explore some of the places on the East Coast that should deserve your attention, and in which you can feel most at home.

Yes, we are starting with New York. Everybody in the world knows something about this megacity, and there is not much to say about it that you already don’t know. Here, in this Californian guide, we are going to pay attention to something else.

NYC is a city for urban dwellers. If you are from places like LA, San Francisco, and San Diego, and if you don’t want to scale down, New York should be on your wishlist. Yes, we know that it is a kind of cliche to move to New York, but there is a reason why it is one of the most popular places on the East Coast.

New York is a modern-day, Venice, Rome, and almost every other major city in history in one, and it is certain that you won’t lack anything in it. So. what is it like to live in New York? You have to go to check it out for yourself!

Of all places on the East Coast, people consider Baltimore as one of the “friendliest” cities in the US. It is no wonder then why Baltimore’s nickname is the “Charm City”.

Honestly, it is not hard to fall in love with Baltimore. People who move to Baltimore, rarely want to move out. Many seniors from California are moving to Maryland, more specifically, Baltimore. It has everything one would want from an American city, and much more. This city has a tasteful mix of old and new; a good mix of historic and trendy. Just look at the flag of Maryland, and you’ll see the tendency of the state towards artistic expression.

Those were just some of the reasons why people from the West love Baltimore and Maryland as a whole. But it is always a safe bet to hire experts who know the state well. Sure, Maryland might not seem that large on a map, but trust us, it is packed.

One fairly small city, with a population of around 70 thousand, Wilmington in Delaware is one of those places that punches far above its weight. This place is like Baltimore in a sense – a mixture of old and new. However, it is much less packed than Baltimore. So, if you want to know what does it feel like to live in a place that preserved old American architecture, Wilmington is certainly one of the places on the East Coast for you.

Of course, that doesn’t mean that you’ll be moving in a carriage. Moving service in this city is excellent, with many professional workers who can help you move from one side of the country to another. Delaware itself has some good movers, which shouldn’t come as a surprise, since this state is more and more popular, especially with people from California.

Florida, as you may know, is a very business-friendly place. Many businesses over the past couple of years are moving to The Sunshine State. Many people are even moving to Florida just to start a new business adventure. And there is no better place in Florida for business than Miami.

Of course, most people don’t move to Miami to start a business, but to enjoy one of the most beautiful places in the US. Miami, again, as you may already know, has everything you’ll ever need. It is a place that is packed with beauty and history, that it wouldn’t be fair to mention just a couple of things that make Miami special in a few paragraphs.

The Savannah metropolitan area has a population of around 400 thousand inhabitants, while the city itself has around 150. But this is not what makes it special.

Savannah is the oldest city in the state of Georgia! It was founded with the colony of Georgia, simultaneously, on the same date. Now, this is not a small thing. However, you can’t live from history. What does Savannah have to offer today? Its beauty, of course!

This city is built in that old colonial style, with its outskirts following more modern architecture. The inner city is too pretty, that it would be a disservice to try to describe it with words.

Our friends from Superior Moving & Storage simply love when they move people to this magnificent city. They say it is one of the most beautiful places on the East Coast, and we have to agree with them!

Another great East Coast city that is great for both business and ordinary life, Boston in Massachusetts is one of those places you have to visit at least once in a lifetime. One of the most important cities in US history certainly won’t let you down.

Boston is for a reason on our list of best cities in the world to start your business in. Like Miami, it is a very business-friendly city, and it seems like some Californian-based businesses are choosing Boston over Miami.

But, it’s not all about business in Boston. It was once one of the most important places in the US, and the same is true today. With such renown, Boston is simply a city for anyone who wishes to live well.

We hope that you enjoyed our list of best places on the East Coast, and we wish you all the best!