Best places to move if you are single

Home  /  Uncategorized  /  Best places to move if you are single

Best places to move if you are single

by movingofficessandiego with No Comments

Although being single is now practically a part of the mainstream culture, it isn’t really for everyone. If you are young, looking for companion and having trouble finding someone to spend some time together, it might not be because of you. We are no experts when it comes to keeping relationships, but when it comes to simply meeting people… Well, you just might be surrounded with the wrong ones. Or no people at all. Social media now plays a large role when it comes to dating, but that still doesn’t mean that you should ignore the geography. Sometimes, you just need a change of scenery. So, if you are single you should consider moving to a city that would suit your needs better. Perhaps, you just need more fish in the sea. 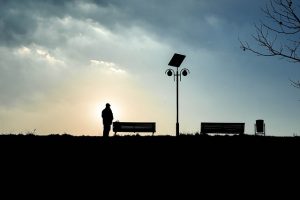 Should I move to a different city?

When it comes to attraction and love, there are no rules. But, there is no doubt that there are places that are better suited for singles, and we did some research. We looked at various factors – number of people living there, their average age, their relationship status etc. Also, it was no trouble to look for cities filled with activities associated with people that are in a relationship. Mostly we are talking about bar hopping, but it’s not only that. Places where single people live tend to be a tad different than places better suited for a family. We gathered all that data and created this list for you, so if you are single and looking for a place to live, keep reading! We just might inspire you to relocate to a city that is better for singles!

United States capital is more than obvious choice when it comes to meeting new people and creating bonds and connections. There are a lot of amazing opportunities, and according to some research, people living there are very used to dating apps, and they use them with enthusiasm. And that isn’t easy to find, so ignore the rumors and consider moving to this city and enjoying your single years.

2. Where do all the single people live? In Norfolk, Virginia!

Have you ever asked yourself – why can’t I just find the right person? Well, probably because you aren’t looking in Norfolk. We were also very surprised to find out that, statistically speaking, this town has the highest concentration of single people than any other place in the entire United States. You should at least give it a chance and spend some time in museums and in art galleries, as well as surrounded by nature in a very productive atmosphere. If you are not in a relationship and you move to Norfolk, you definitely won’t be bored. Just check out this video if you are having any doubts.

3. Welcome to Miami, all you single people! 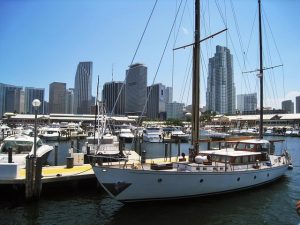 Should I move to Miami

It would be impossible to even talk about where single people live without mentioning Miami. Perhaps they don’t have the highest concentration, but their singles do have the most fun! The dating scene is very vibrant and energetic, parties are a way of life, and there is always beach. But, despite of what you have read, this amazing city on the beach isn’t only suitable for people with fake ten that can’t seem to stop waxing themselves. Despite of that, many other single people living in Miami swear by it and enjoy every benefit the city has to offer. And if you are still in doubt, check out this funny article and start making plans to move to this adventurous city.

4. Even after graduation, look for Oxford.

Although Oxford is mostly related to high education, it is most certainly an interesting destination for relocating if you are single.  People from this city tend to be quite outgoing and adventurous, so if you are afraid that you won’t have anyone to talk to, don’t worry; it will never be an issue. There are a lot of activities that are great not only for meeting people, but also for improving your life and situation. So, grab your book and head straight there.

5. Ithaca, New York would surprise you as well.

If you are looking for a big city, let us be frank and tell you, big cities are not for single people. Or better yet, they are, if you wish to remain single. In places like Ithaca you have much more time to meet the people properly, to enjoy your free time and various activities and to change bar hopping for a nice cup of wine. 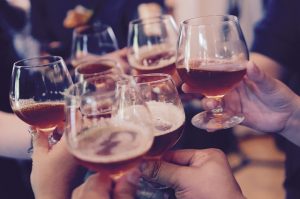 Where not to live if you are single

Besides this four there are a lot of other cities that will be more that welcome to host you, even temporarily, but no matter what you do, don’t go to New York.  It might be obvious to some, but it isn’t quite to easy to maintain a relationship in the Big Apple. New York, as glamorous as it is, it is not a good city for single people. So, unless you are trying to prolong your studies, and to try every drink on the planet, we suggest you keep out of New York, until holidays. That also goes for big cities like Chicago, where, as the studies show, single people have a hard time changing their status. The only exceptions are the cities we put in this list.

It is quite amazing the way surroundings have an impact on who we are and how we act, even when we don’t see it. That is also true if you look at the relation between parents and children. Perhaps we can break that circle by moving alone to an unfamiliar environment.  That means that perhaps if you are looking for places you can live in, they are now more available that they have ever been, and we suggest you opt for revising everything and then deciding. Not every city is for every person, and the other way around, so invest your energy into finding the right city, and the rest will fall into place.