Why are so many people moving out of California?

Home  /  Moving from San Diego  /  Why are so many people moving out of California?

Why are so many people moving out of California?

by Marta G. with No Comments

California has always been more expensive than other countries but recently the prices have started to grow even more. Lots of people are dissatisfied with this and they decide that moving out of California is the only way to solve the problem. Other states that are very close to California offer a much cheaper lifestyle. According to the moving company available at mod-movers.com, people from California usually move to these states:

Sure, California isn’t the most expensive state when it comes to housing but it is definitely in the top 10 of the most expensive states. The median home value in California is around $555,000. For this money, you could buy a regular family home in a small town far away from the centers of big cities. This might not sound like much but when you compare it to the national average of $200,000 it is a lot. The home prices in California have already gone up 1.3% over the past year. And they don’t plan on going down. Professionals predict that they are going to only go up even more. This is why people are leaving California and moving to another state. 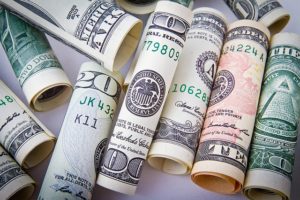 You need plenty of money to live in California.

California’s state income tax rates range from 1% to 12.3%. These high taxes are another reason why plenty of people are moving out of California although this means that coping with relocation stress is inevitable. There are many states in the country that don’t have such high taxes and people would rather live there. If you earn $573,000 and above yearly, you are going to have to give 12.3% on taxable income. 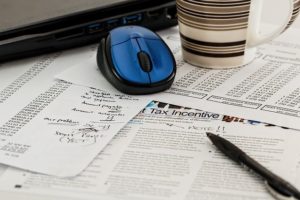 High taxes are a big issue for residents of California.

Not many people would think that politics could be a reason for people to move out of a state but it is. A large number of people leave the state because they don’t agree with the people in charge of the state. Particularly conservatives who say the state’s policies are not in line with their own are moving out of the state. This wasn’t a problem people had in the past. This started happening just a few years ago in California. Some find this to be good and some don’t.

Plenty of people want to live in California because of the nice warm weather. Sure, living somewhere where it’s mostly hot throughout the year sounds appealing but it can get very ugly. California is one of the hottest states in the country. This doesn’t sound bad at all to most people but you have to consider the fact that this warm weather causes a lot of issues.

There are wildfires happening in California almost every year because of the hot weather. Many people lose their homes and many people love their lives in these wildfires. The air gets polluted and it becomes impossible to live normally in California. This is exactly why so many people have started to leave California for good. They want their families and homes to be as safe as possible which is completely normal. 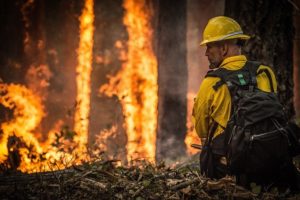 A lot of people leave California because of wildfires that happen often.

California isn’t a very unsafe state but it definitely isn’t very safe either. Plenty of people get kidnapped in California every year. Rape is also a common topic of residents in California. Because of this, many young people who are planning on starting their families soon move out of the state to a state that is much safer. This is completely understandable. Not many people feel comfortable living in California and knowing these things but they simply can’t move away even though they want to.

California is a very unique state. Plenty of things are different in California and many people seem to be bothered by these things. California is a very materialistic state meaning people love showing off and bragging about the things they own. This isn’t considered to be a healthy environment and a lot of people develop certain mental health problems because of such behavior. This isn’t just the case in California but it is definitely a big part of living there. But this is what makes California one of the best places for starting an acting career and the fact the Hollywood is there, of course.

No matter what your reason would be for moving out of California we believe that you should do it. California is definitely a very populated state and more and more people are moving there even though plenty of people are leaving the state. Leaving to find something that suits you better is never a bad idea. Moving out of California might sound like a big step to make but it could bring a lot of good things to your life. So, do not hesitate and start planning a stress-free relocation in the near future.